Melanotan 2 (also referred to as Melanotan II) is a synthetically produced variant of a peptide hormone naturally produced in the body that stimulates melanogenesis, a process responsible for pigmentation of the skin. This peptide hormone, called alpha-Melanocyte stimulating hormone or MSH, activates certain melanocortin receptors in the process of exerting its effects. Indeed, MSH also exerts potent influence over lipid metabolism, appetite, and sexual libido via these melanocortin receptors. As a result, MT-2 has been shown in studies to exhibit appetite suppressant, lipolytic, and libido-enhancing effects in addition to promoting skin tanning. MT2 has been researched extensively for use in protecting against the harmful effects of ultraviolet radiation from sunlight due to its melanogenesis-stimulating properties. 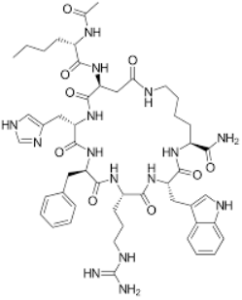 Additionally, Melanotan 2 and a similar synthetically produced variant, known as PT-141, have been studied at length as a potential remedy for the treatment of sexual dysfunction; specifically, male erectile dysfunction.

The Development of MT-2:

The initial creation of the synthetic Melanotan 2 peptide can be credited to the University of Arizona. During the course of research aimed at developing a defense against skin cancer, focus was placed on developing a method of stimulating natural melanogenesis, or the natural production of melanin in the skin, without direct exposure to the potentially harmful ultraviolet radiation in sunlight. Initially, University of Arizona researchers attempted to directly administer the naturally occurring hormone alpha-MSH in order to elicit this desired result. Although this strategy exhibited promising results, it was determined that the naturally occurring MSH had a prohibitively short half-life to be of realistic use as a therapeutic remedy. However, the positive results gleaned from MSH administration encouraged further research into the development of Melanotan 1 and Melanotan 2, which exhibit similar effects whilst possessing an extended half-life for functional therapeutic utilization.

Completing a stage in bodybuilding takes a considerable time and attention to become ready. A bodybuilder needs to muscle up, which can be accentuated by a good tan. With the right tan, you can make lines that will pop out the definition of their muscles. With a good tanning, you can make your muscles more evident for the judges and the viewers.

It is where MT2 can help to achieve the necessary tan but without exposing themselves from too much sun. Melanotan 2 helps bodybuilders to protect themselves from UV rays while also boosting their skin’s melanin. It raises melanin levels that result in tanner skin while also increasing muscle hardness and weight loss. 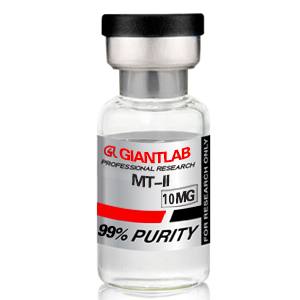 How Does Melanotan 2 Work?

Melanotan 2 works by mimicking the action of melanocortin peptides, although it is non-selective. Melanocortin peptides are natural hormones involved in energy homeostasis, pigmentation, immune system, sexual functioning, cardiovascular system, and inflammation.  It works just like Melanotan 1, stimulating eumelanin production that causes the tanning of the skin.

The preparation is characterized by a narrow action and provides: