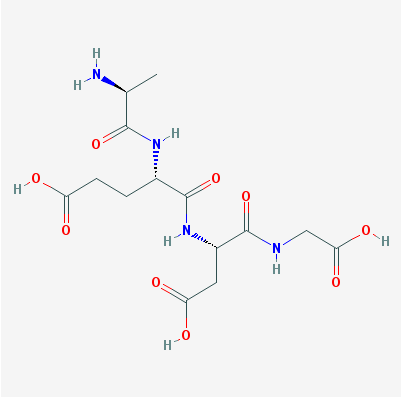 Epitalon is a synthetic peptide made of four amino acids (alanine, glutamic acid, aspartic acid, and glycine),in additon,that is based on a natural peptide called Epithalamin extracted from the pineal gland.Vladimir Khavinson synthesized it ,a Russian professor and gerontologist, whose research focused on the development of peptide preparations used to restore function in various organs in order to prevent and reverse the aging process.

Khavinson first extracted Epithalamin from the pineal gland of calves, however due to the inherent limitations in production, he formulated a synthetic version of the peptide called Epitalon.

Most of the research has been conducted in animals, with a few clinical trials, and the results have been, in a word, promising.

What the research shows?

When the peptide was administered to fruit flies during the larval stage, it was shown to increase the average lifespan by 11-16 percent.

In mice of model of hypertension, injections of Epitalon did not affect average life span of the mice, but did increase the maximal lifespan by 12.3%.

Research showed there was a decrease in pancreatic enzymes to occur in elderly individuals.

In both young and old rats,Epitalon increased the activity of enzymes that digest protein and sugar, with the effect more pronounced in the older rats.

Another study found that the peptide increased enzyme activity in the small intestine of aged rats.

Many studies in rats and mice have shown that Epitalon strongly inhibits the development of cancer and tumors and induces cancer cell death.

In mice with mammary tumors, Epitalon significantly decreased the number of mice with multiple tumors and decreased the maximum size of tumors in comparison to control mice.The researchers also found that the peptide reduced the expression of certain genes that, when over-expressed, play a key role in the development of breast cancer in both mice and humans.

For instance,another study in mice found that treatment with Epitalon reduced the number of mice with malignant tumors(cancerous tumors) and prevented the cancer from metastasizing (moving to another location in the body) in all of the treated rats.In contrast, 3 out of the 9 mice that did not receive treatment with Epitalon saw metastases.

Retinitis pigmentosa is genetic,degenerative eye disease that results in the degeneration of the rods in the retina. Rods are one of two types of receptors in the eye (the other one being cones) that convert light into chemical signals that can be processed by the brain.

In a rats, Epitalon improves the function of retina cells by preserving their structure and preventing degeneration.In a clinical trial,improved degenerative damage to the retina (due to retinitis pigmentosa) in 90% of the patients.

Above all,while the preclinical studies on Epitalon look very promising, there is still a lot of research that needs to be conducted in healthy and diseased individuals.

Epitalon,it is NOT for human use and can be harmful if ingested. THIS PRODUCT IS INTENDED AS A RESEARCH PEPTIDE ONLY. This designation allows the use of research peptides strictly for in vitro testing and laboratory experimentation only. Bodily introduction of any kind into humans or animals is strictly forbidden by law. 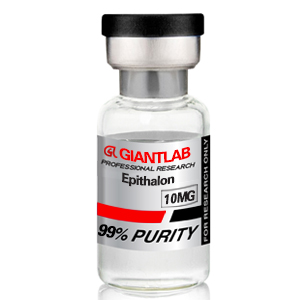