Selectively destroy the blood supply to adipose tissue by using a test drug, Obese macaques lost an average of 11% of their body weight in 4 weeks. Researchers at the University of Texas MD Anderson Cancer Center reported their findings on November 9 in Science Translational Medicine. The body mass index (BMI) and waist circumference of obese macaques also decreased, while the monkeys that were not treated in the control group did not change. Imaging studies also showed a significant decrease in body fat. 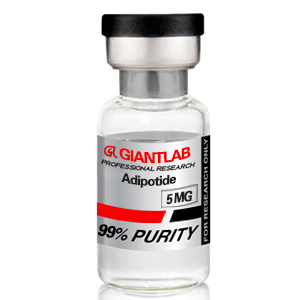 How does Adipotide achieve the goal of weight loss?

Researchers said: current diet pills try to control people’s appetite, or prevent dietary fat absorption. Previous efforts to treat obesity have focused on suppressing appetite, or enhancing metabolism. But these methods have side effects. The Anderson Cancer Center has designed a new drug called Adipotide,  that selectively promotes cell death and destroys fat tissue. So that fat cells are reabsorbed and metabolized. Adipotide is aimed at white adipose tissue, which accumulates under the skin and in the abdomen. Adipotide is a protein compound, it can automatically looks for fat cells. By cutting off the blood supply to fat cells, the purpose of eliminating fat is achieved. Studies have shown that the drug works only on fat cells, it does not have any adverse effects on muscles and other tissues.

Scientists believe that: obesity is an important risk factor for cancer, almost the same as smoking. Obese cancer patients also perform worse in surgery, chemotherapy, and radiation. Many weight-loss drugs have failed before switching from mice to primates. Because of the metabolism of mice, and the central nervous system control and primate of appetite and satiety. Scientists said that: the rhesus monkeys in the experiment were all fat in the previous study. They ate much and exercised less. The researchers did not use any special methods to make these monkeys fat. The monkeys in the experiment were still alert and did not appear no nausea or eating.

Researchers are preparing for clinical trials, hope to inject adipotide into obese prostate cancer patients every day for 28 consecutive days. Some prostate cancer therapies, such as hormone therapy, cause weight gain and bring arthritis, making the patient less active and fatter. In another independent study, adipotide use to a skinny monkey, it is to see what the drug would do in non-fat animals. As a result, the weight of these skin monkeys did not decrease.