You can find TB-500 (often sold under the name Thymosin Beta 4) on Giant Lab. This website can only legally sell the peptides for research purposes.This designation allows the use of research peptides strictly for in vitro testing and laboratory experimentation only. Bodily introduction of any kind into humans or animals is strictly forbidden by law. 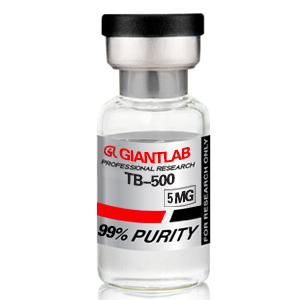