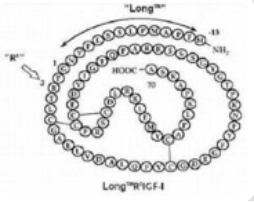 IGF-1 (insulin-like growth factor-1) is a major hormone regulator of state growth. Under normal conditions, growth hormone (GH) binds to receptors in the liver and other tissues, stimulating the synthesis/secretion of IGF-1. In target tissues, type 1 IGF receptors homologous to the insulin receptor are activated by IGF-1, resulting in intracellular signaling, thereby stimulating multiple processes leading to state growth. Part of the metabolism of IGF-1 is to stimulate the uptake of glucose, fatty acids and amino acids, thereby allowing metabolism to support growing tissues. 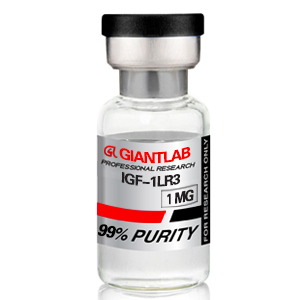