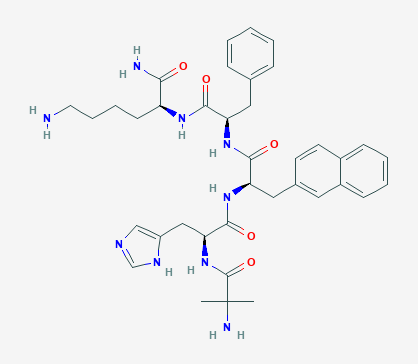 Ipamorelin is a penta-peptide hormone,it mimics growth hormone and Ghrelin.Meanwhile,The hormone is under the GHRP’S,In addition,it is vital in causing the secretion of growth hormone.Similarly, like GHRP-2 and GHRP-6,the hormone increases the intensity of stimulation and the release of growth hormone from the anterior lobe of the pituitary gland.Scientist found Ipamorelin in the early 90s and it  has caught the eyes of researchers from different areas of science.Unlike other GH-releasing peptides, ipamorelin stimulates GH release only in a manner very similar to growth hormone releasing hormone.Following the availability of recombinant GH in 1985,the unlimited supply made it possible to investigate the more general metabolic effects of GH.Currently,a number of data suggests benefits of using GH in the frail elderly. In addition,this peptide ensures benefits compared to other somatotropin-releasing peptides without the need to deal with possible negative side effects.

Ipamorelin has similar properties to GHRP-6 because they release growth hormone in the same strength.As it is the most stable form of ghrelin with a long half-life and a secondary role in stimulating neurons.Ipamorelin increases the level of acetylcholine in the system, which means that neural communication is optimal, which blocks cellular receptors and responds to growth hormone.According to research, hormone increases gastric motility,and its mechanism of action is through the activation of specific G protein secretagogues.Scientist found Ipamorelin is highly effective and very selective both in vivo and in vitro, and also exhibits good safety and tolerability in human clinical studies.Studies have shown that Ipamorelin is growth hormone-specific, which means that pituitary hormones such as cortisol are not affected. In one study,after 12 weeks of treatment with ipamorelin, scientise observed there is bone mass  in young female adult rats. 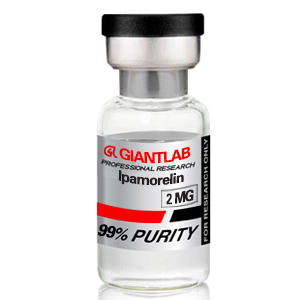 The un-reconstituted Fragment powder form is valid for about 1 year, stored in refrigerator, between 2°C to 8°C.